The plot is of an irregular triangular shape. Road access is provided on the north side, and on the west side the plot borders the stream.

The design concept of the building arose from the main quality of the plot - the orientation toward Cavtat and the views to the surroundings. The building volume is maximally opened with the glass partitions on the south-western façade, thus achieving maximum insolation of the bedrooms. The main spaces of the residential units consist of living and dining room, kitchen and loggia, located on the southern edge of the plot in the contact zone of the southwest and southeast facade with the most favorable view of Cavtat.

The north-western and north-eastern facades have less openings due to the orientation towards the access road and frequent wind gusts. The open staircase is additionally protected from wind and rain by vertical slats.

The hipped roof with ceramic tiles is modeled according to traditional construction, except in the northern part where it is designed as a flat passable roof which also serves as a service access to the southern part of the building. The base of the building and the loggia are lined with local stone, besides access paths, walks and pedestrian areas also covered with local stone in combination with grass surfaces. 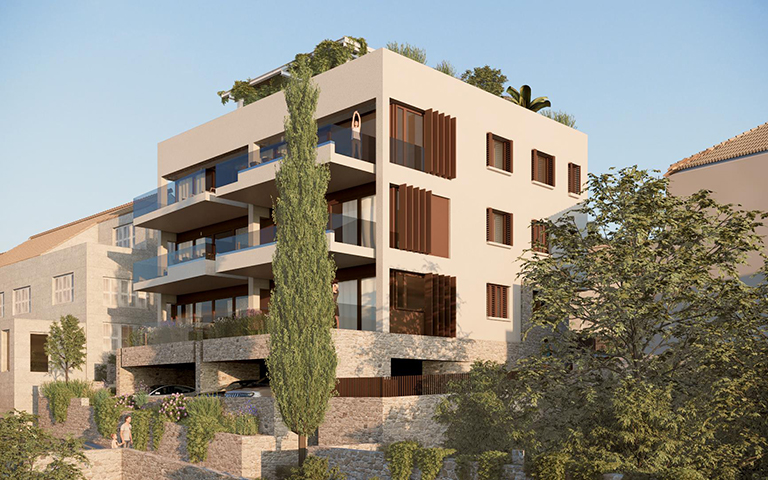 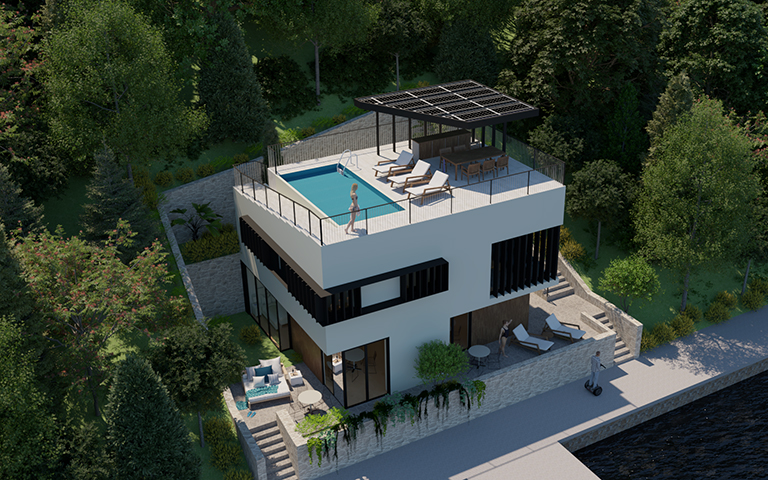 Architectural Design of a Family House at the Island of Šipan, Croatia

Architectural Design of two Residential Buildings in Prožurska Luka in the Island of Mljet, Croatia